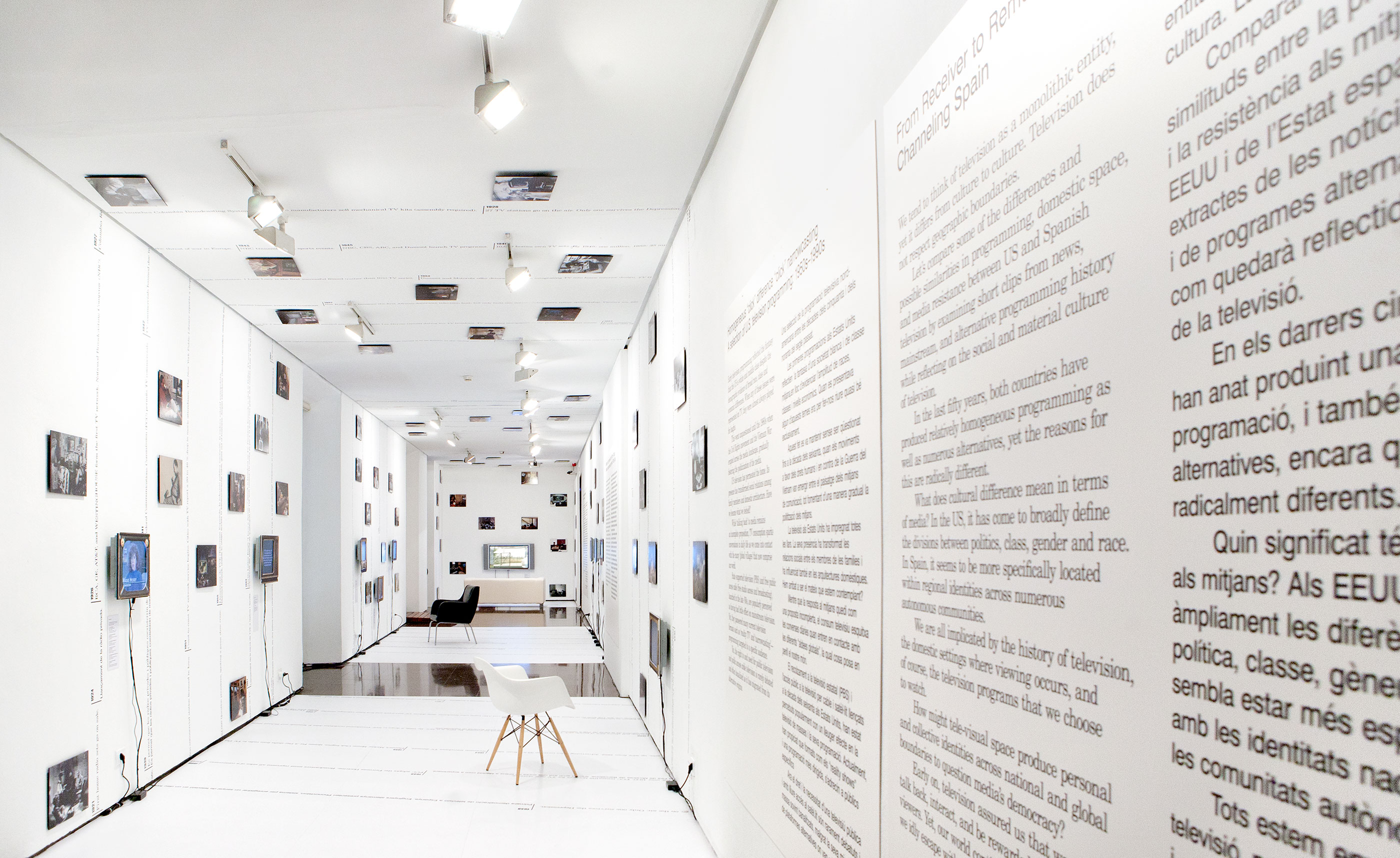 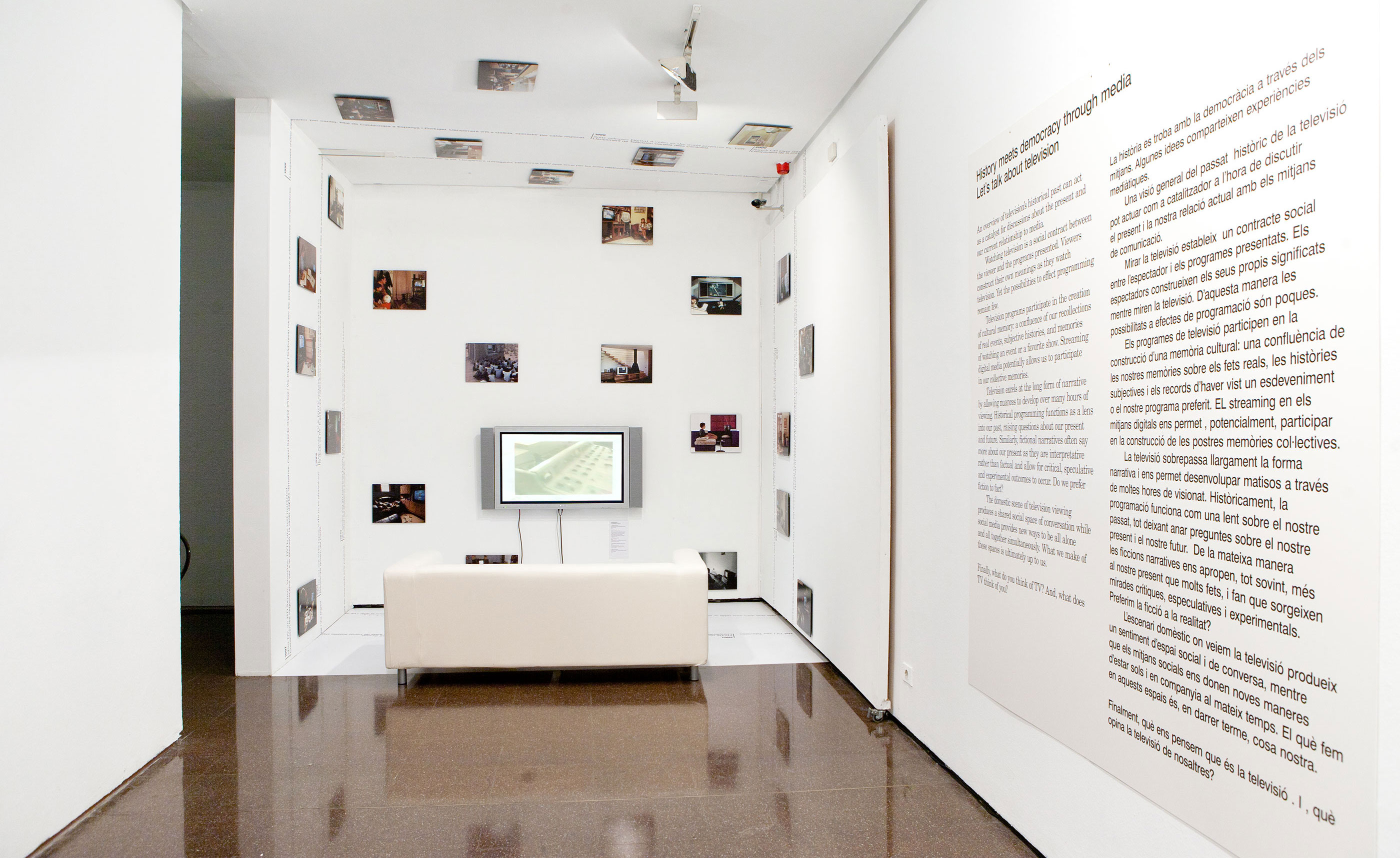 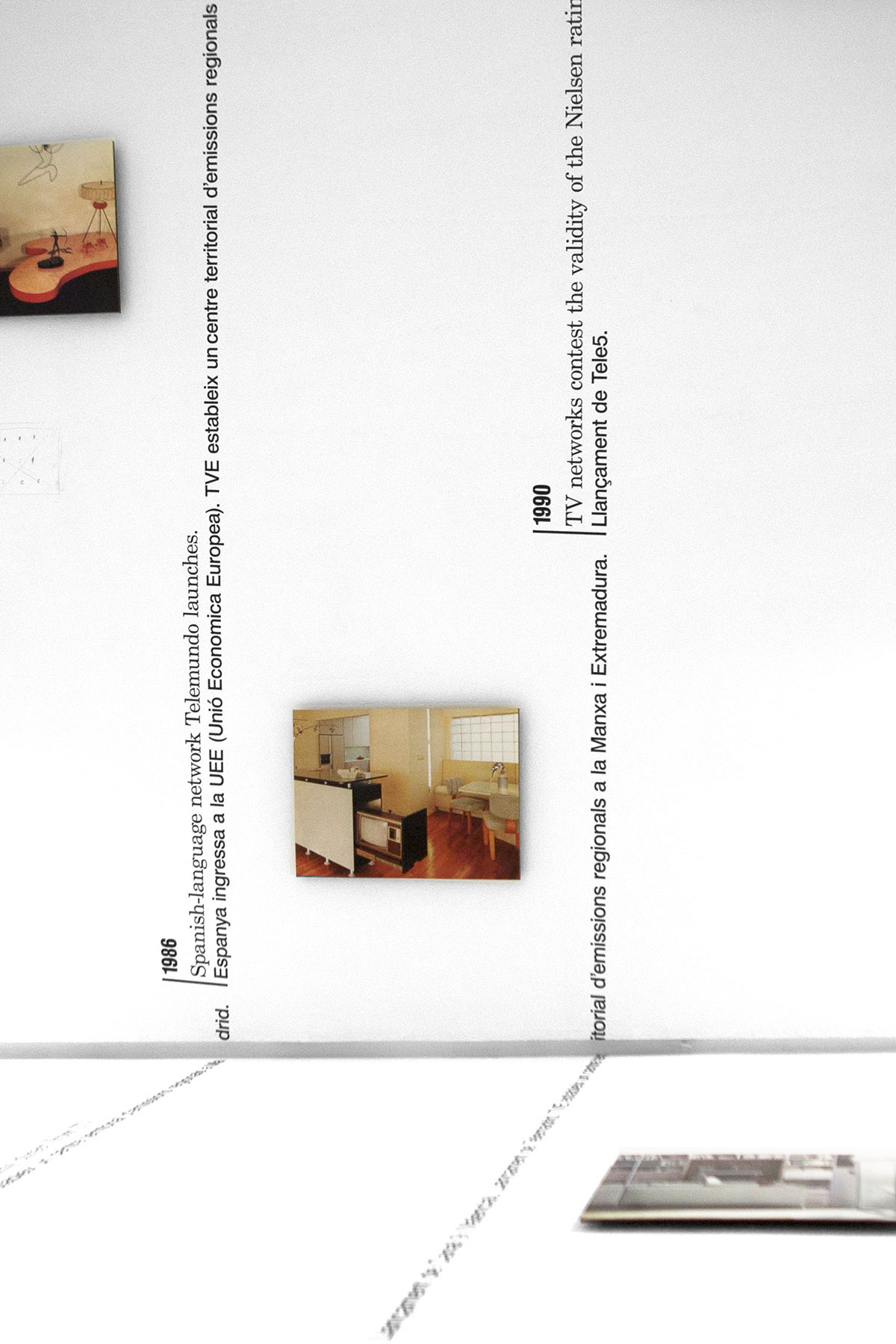 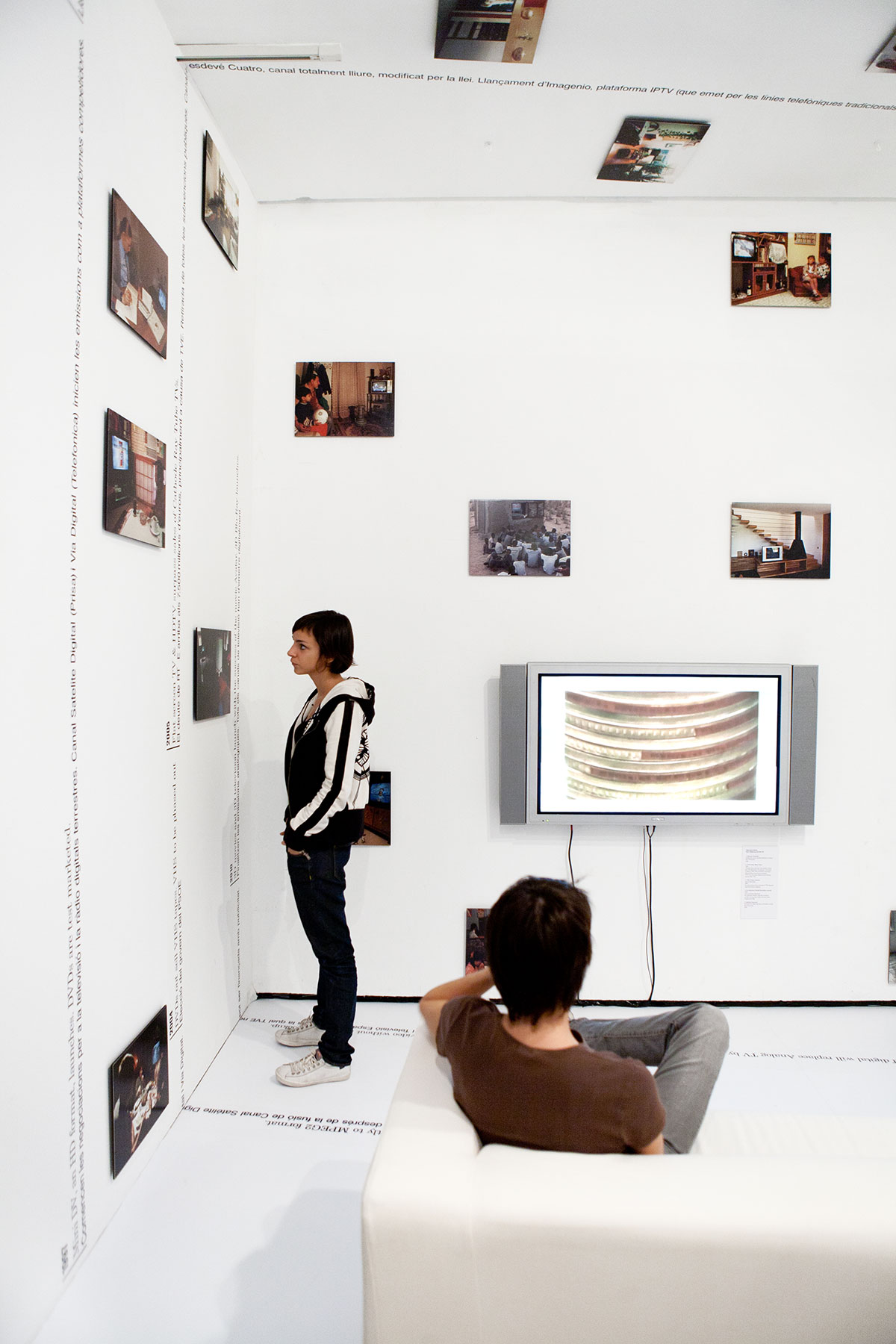 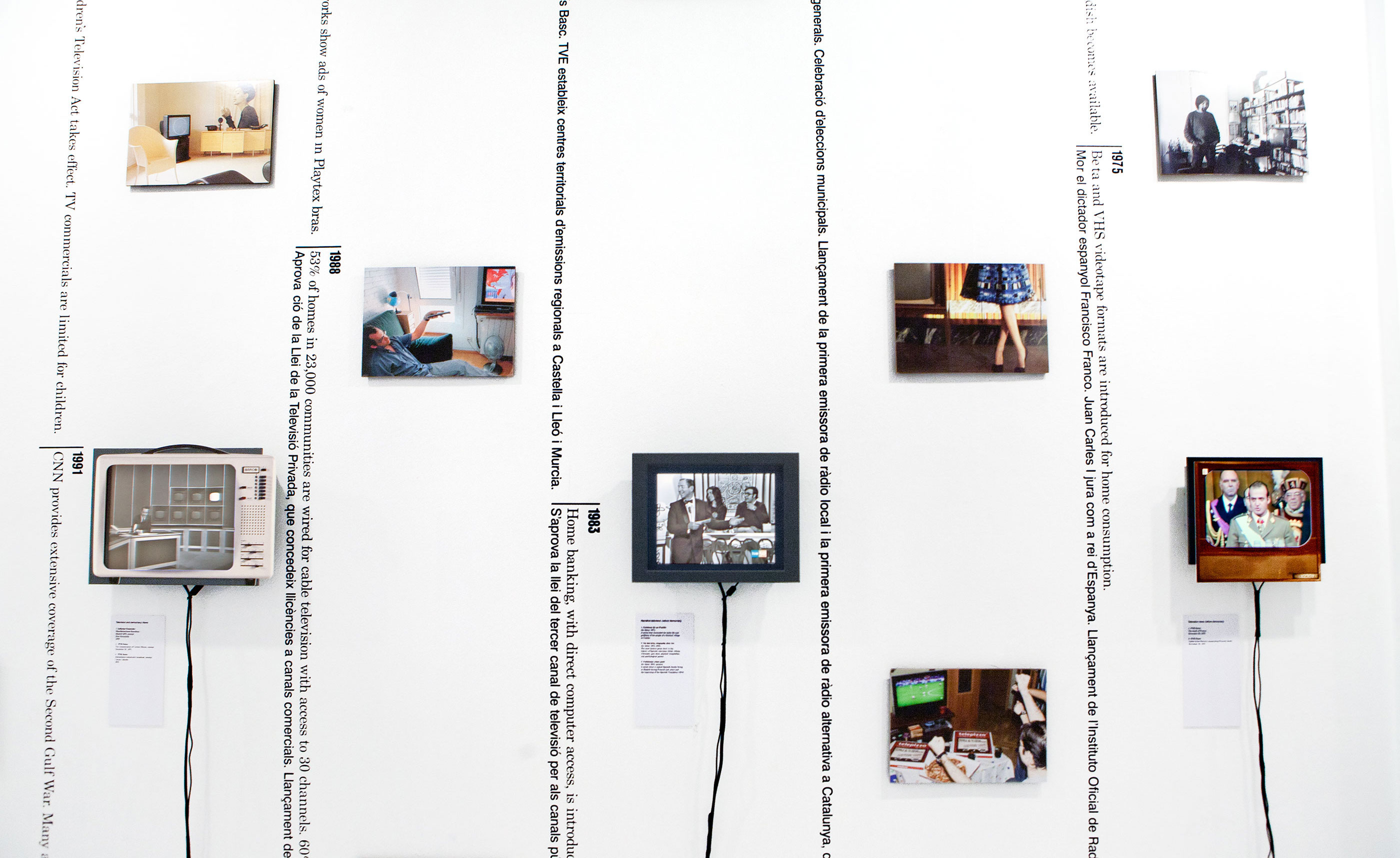 From Receiver to Remote… Channeling Spain 2010

“From Receiver to Remote… Channeling Spain 2010,” a collaboration with Judith Barry & Ken Saylor, was installed at Arts Santa Mònica, Barcelona as part of the group exhibition TV/Arts/TV: The Television “Shot” by Artists. The installation compares television culture in the U.S. and Spain, through video clips from mainstream and alternative programming history, photographs of domestic spaces for television-viewing, and parallel timelines detailing key events in the development of television in each country.