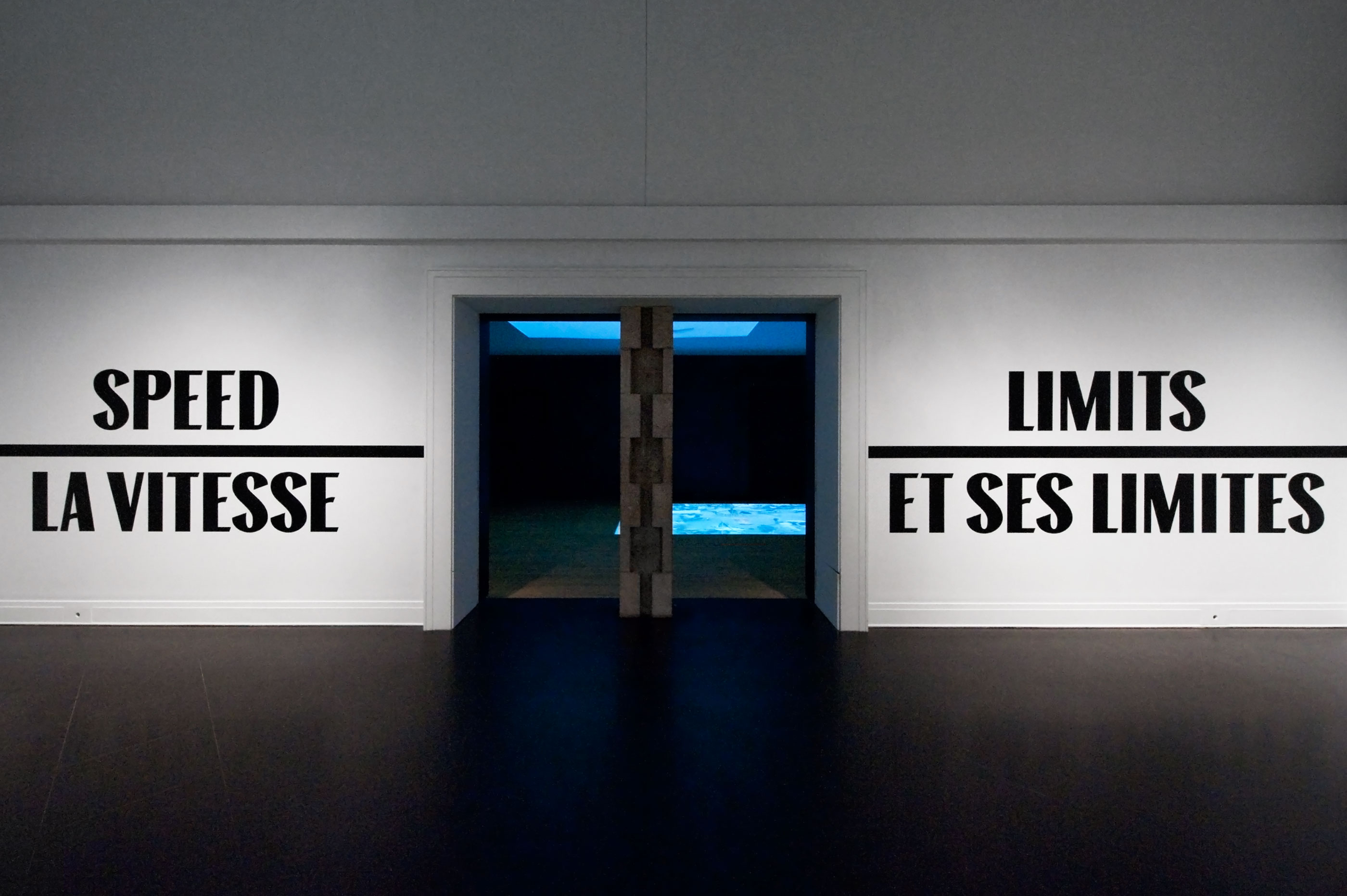 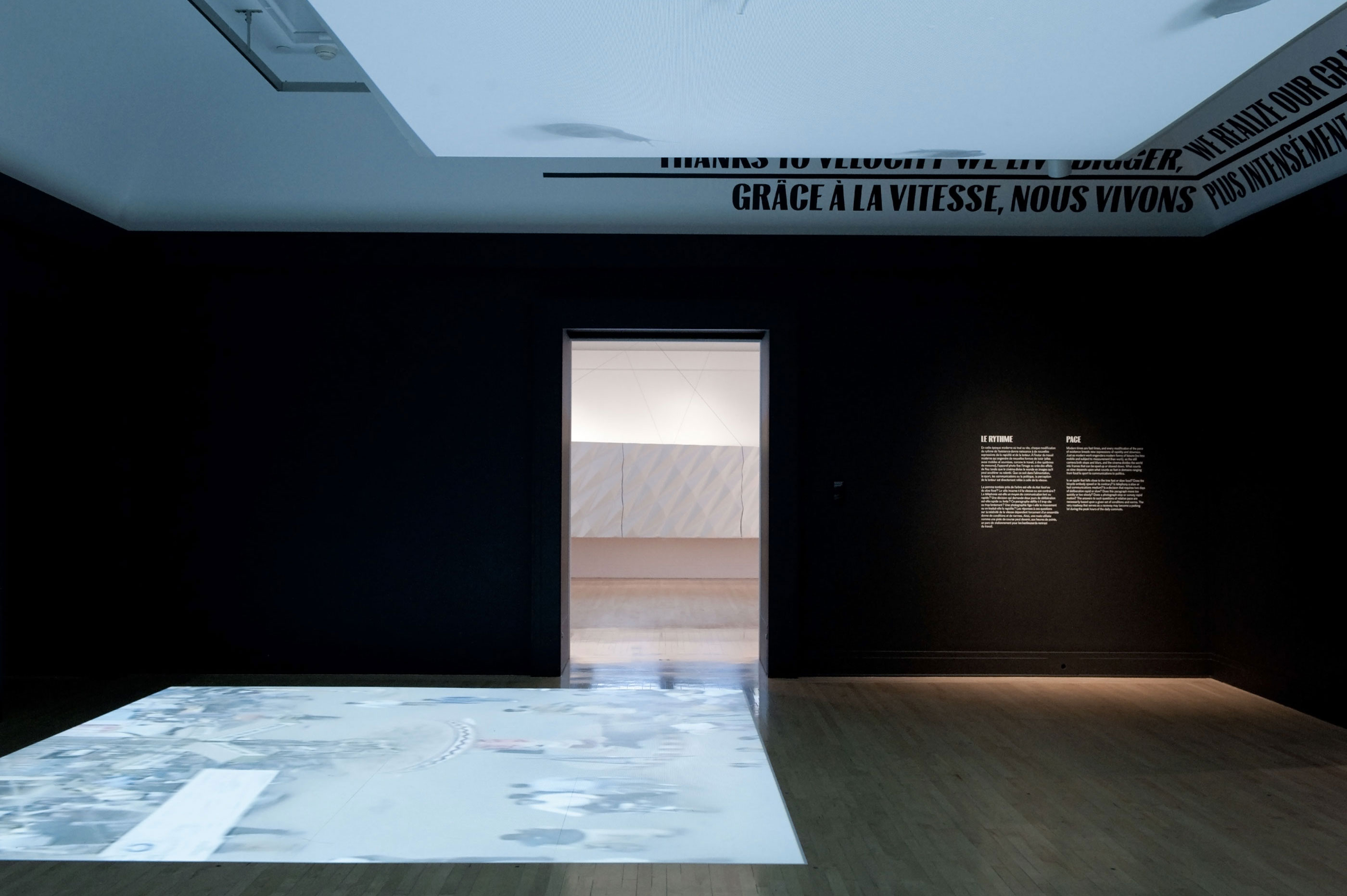 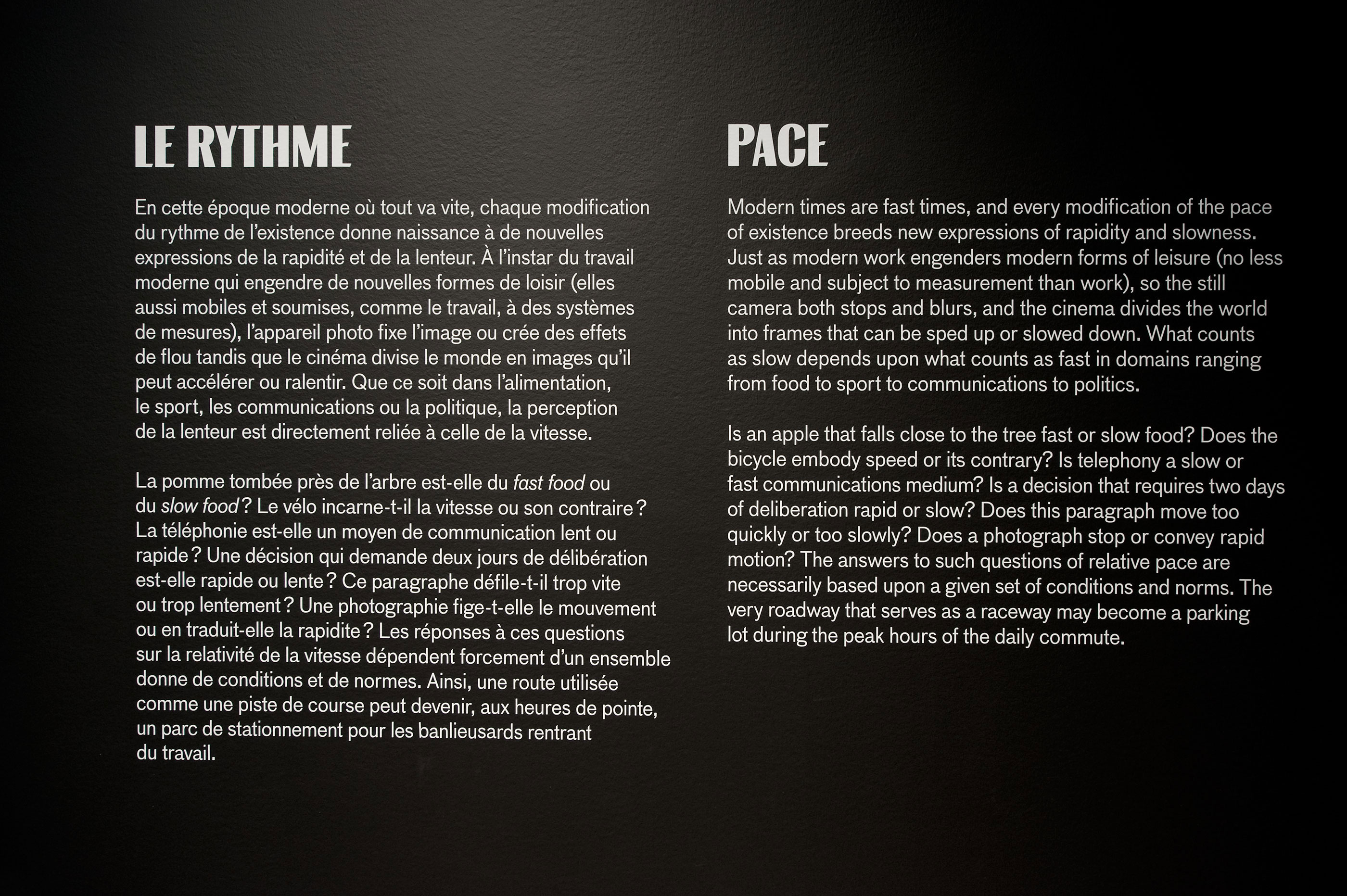 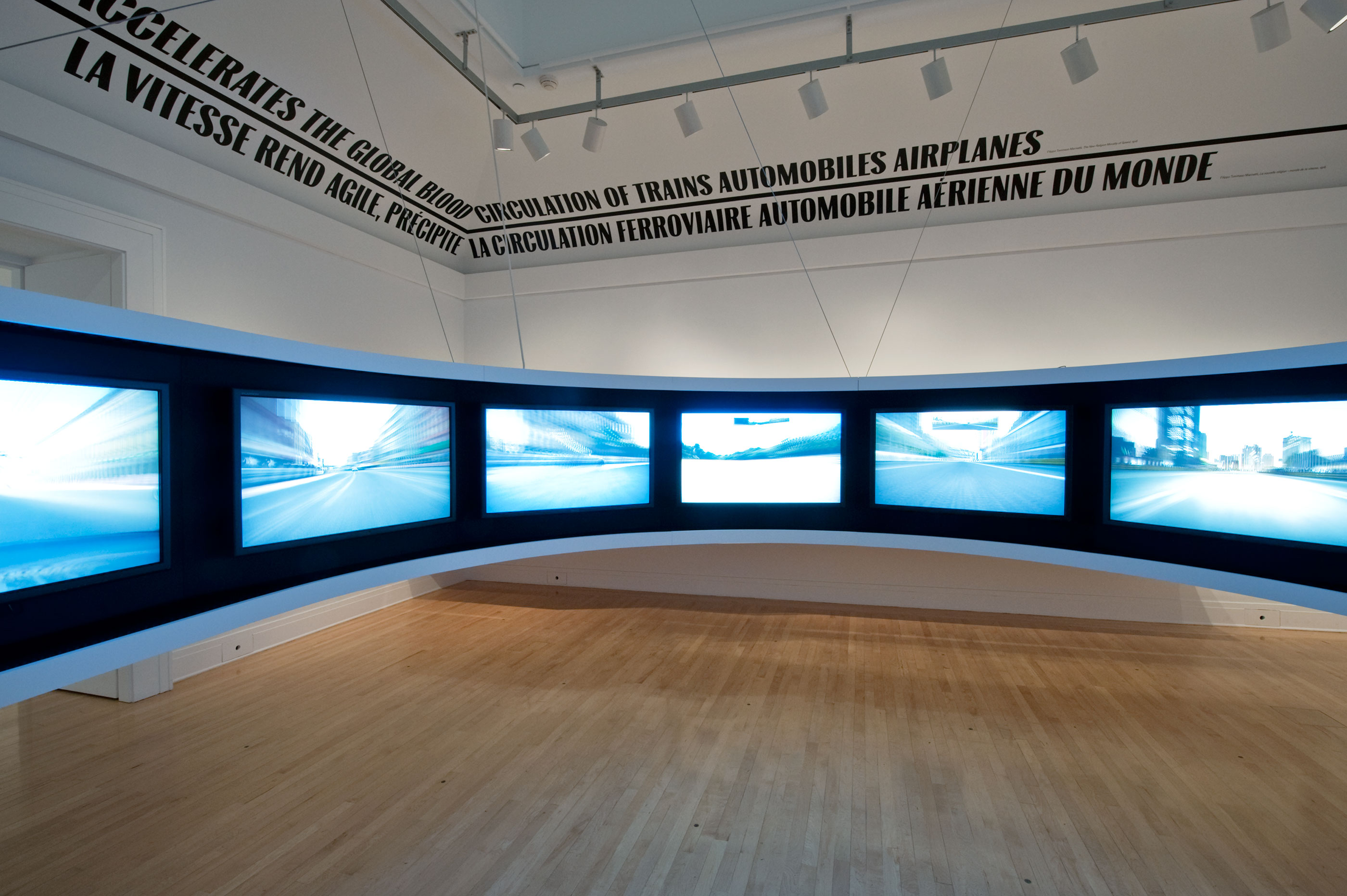 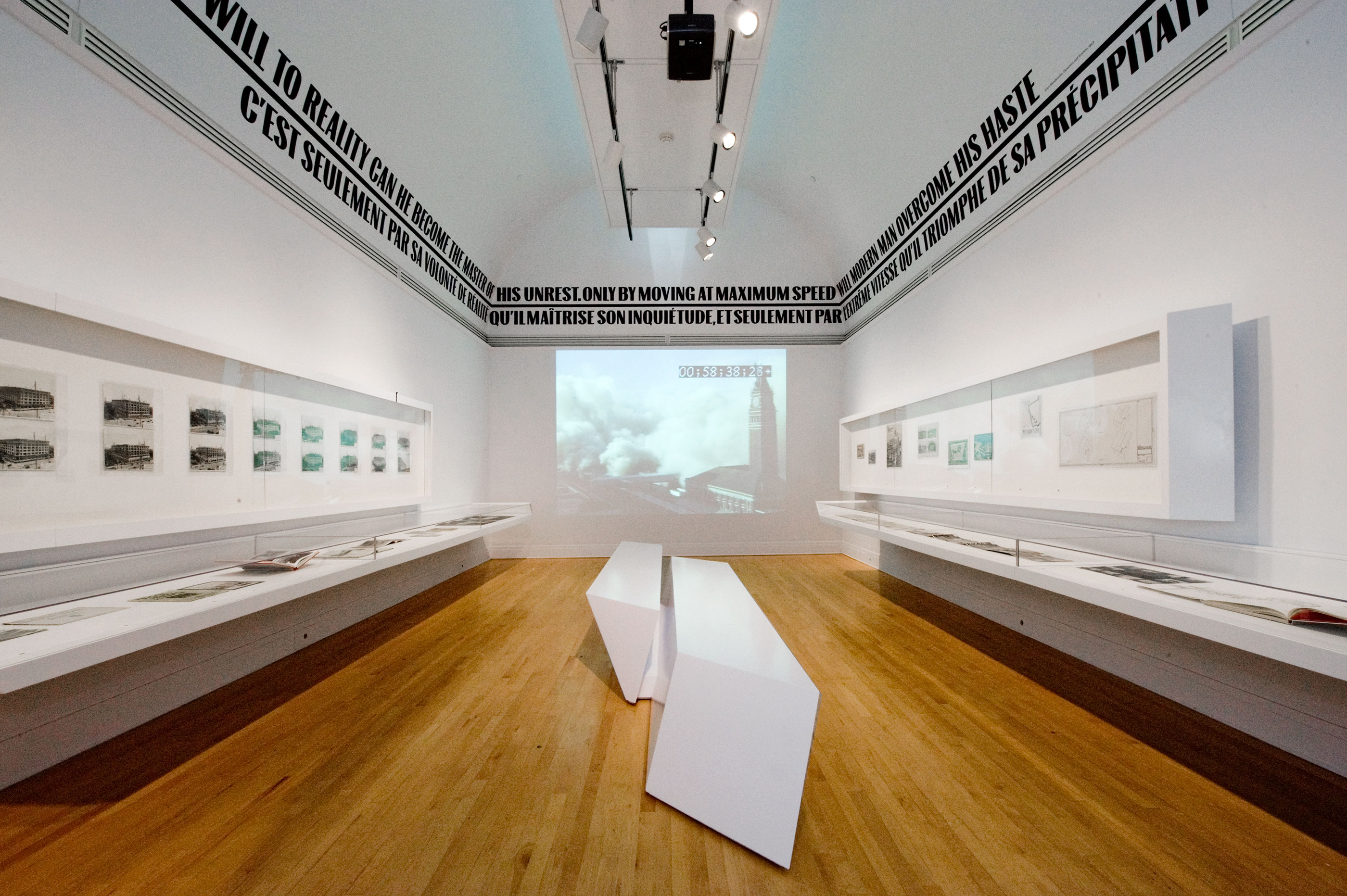 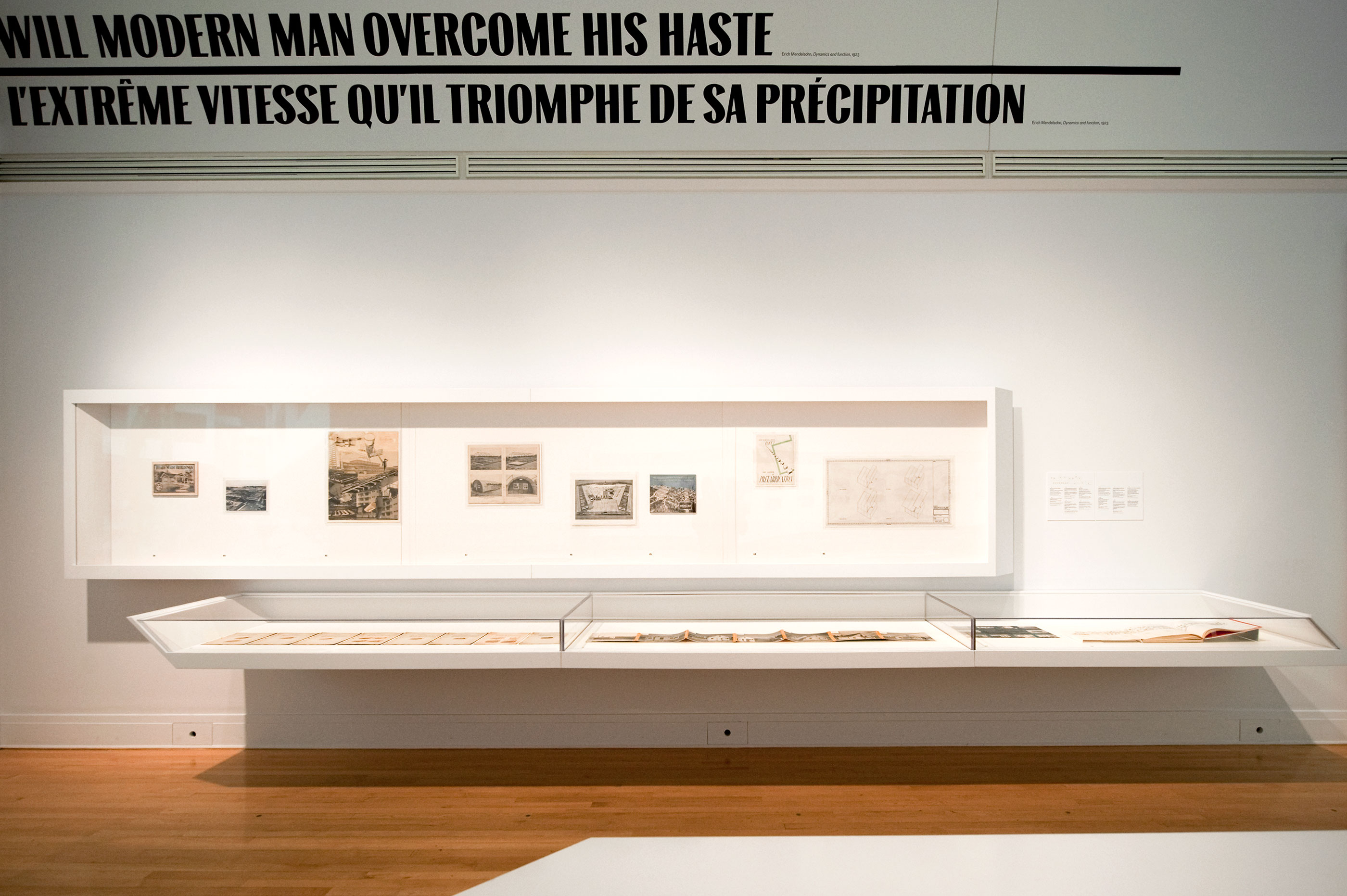 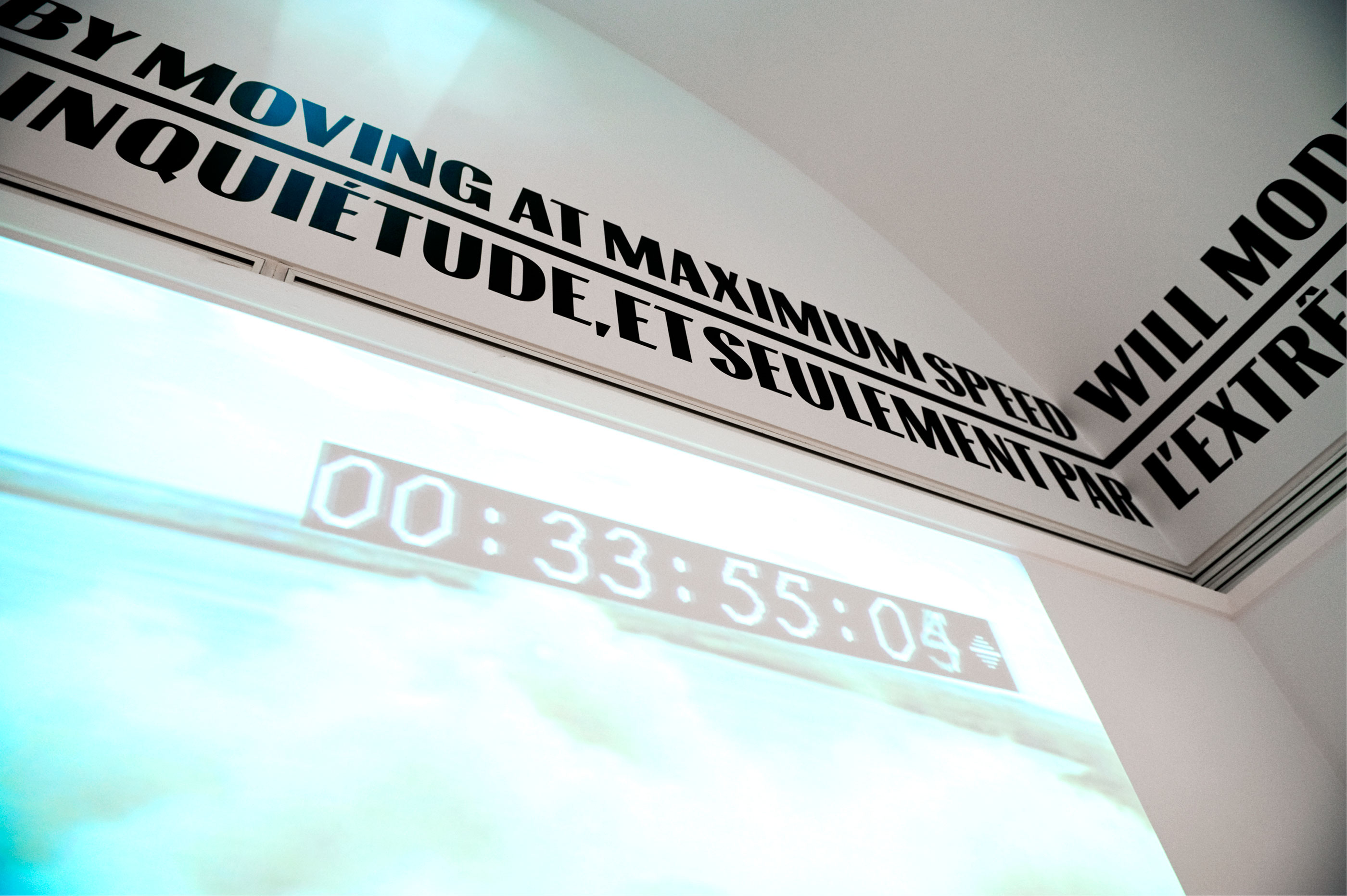 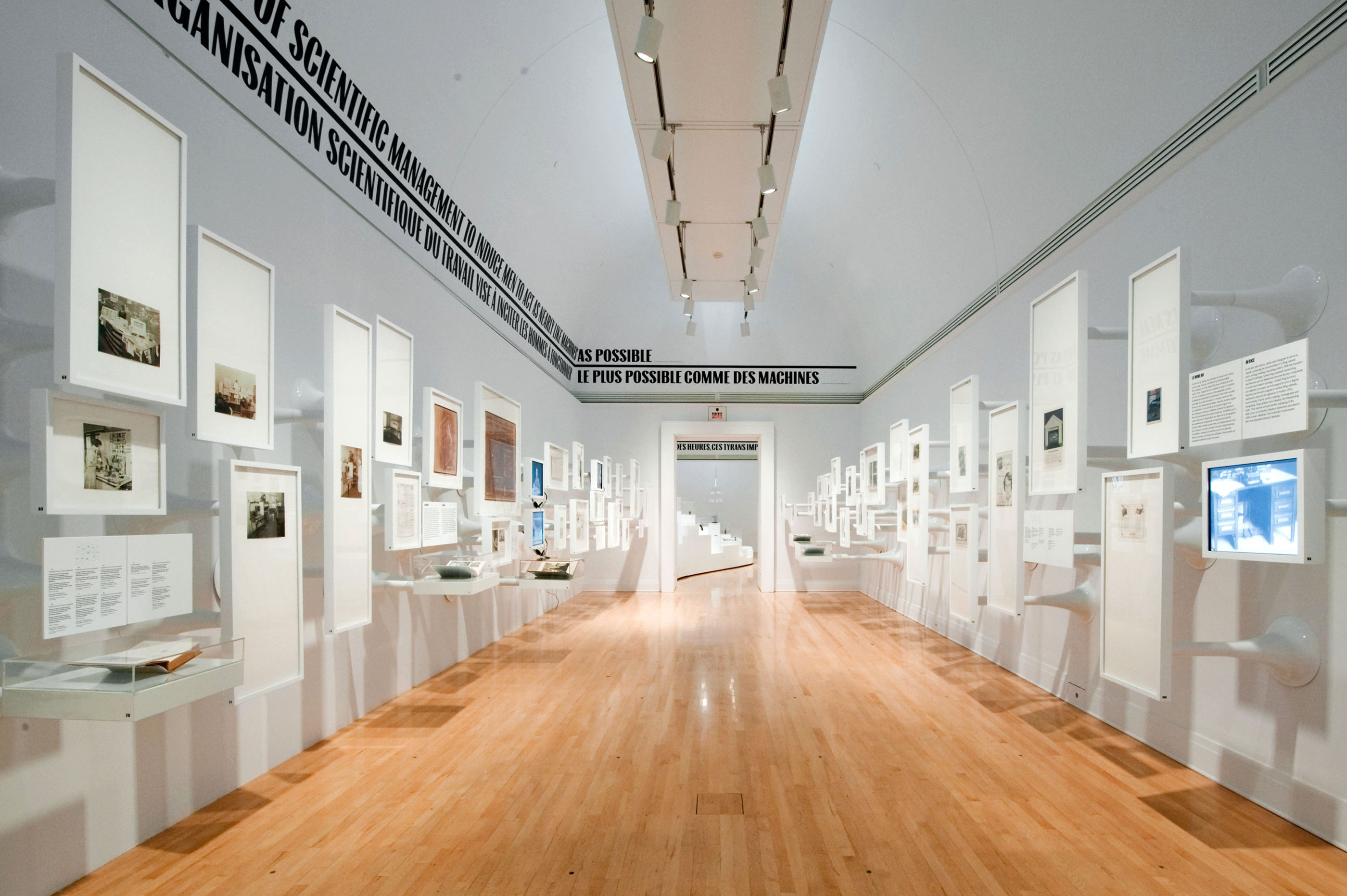 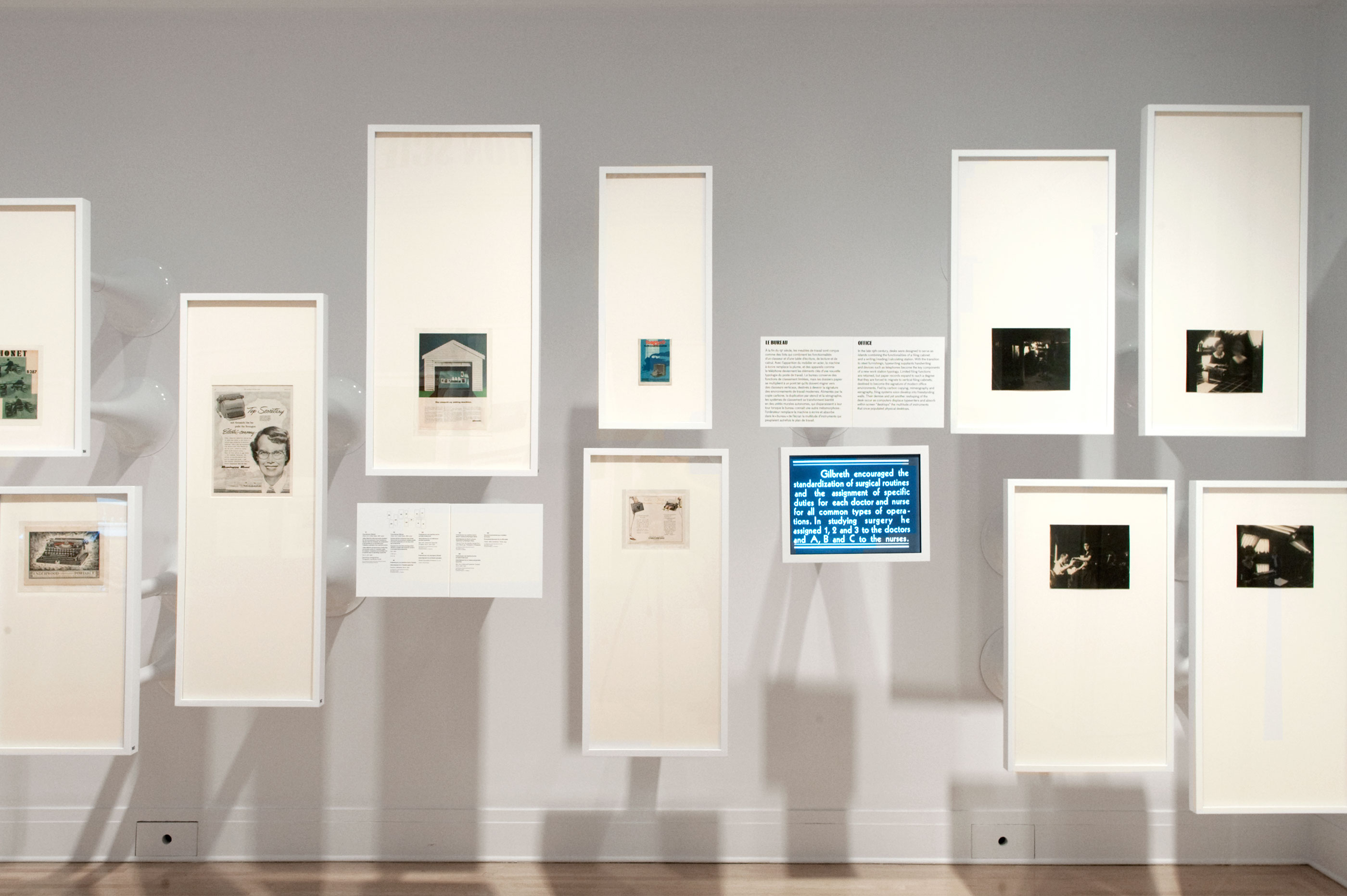 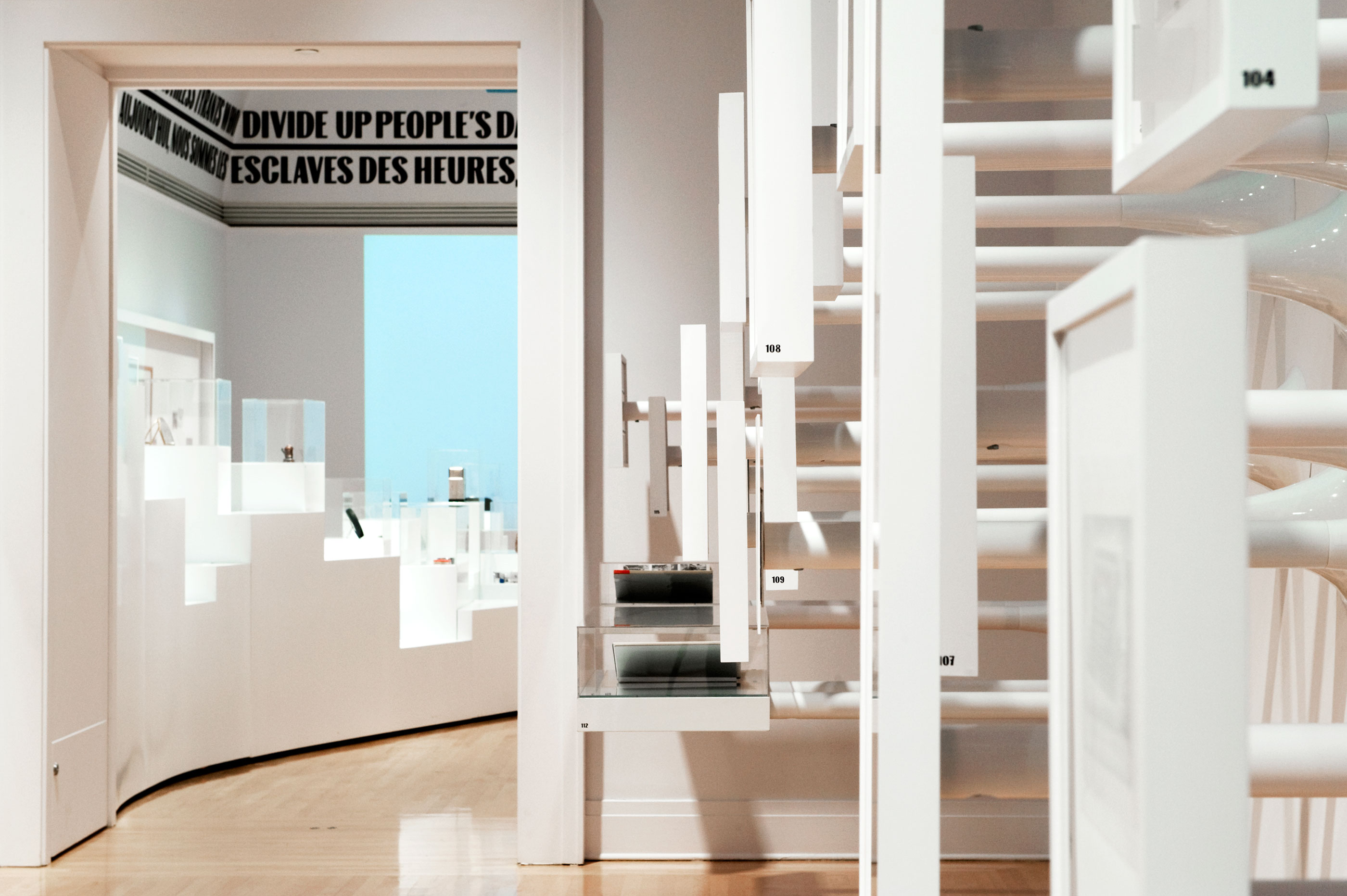 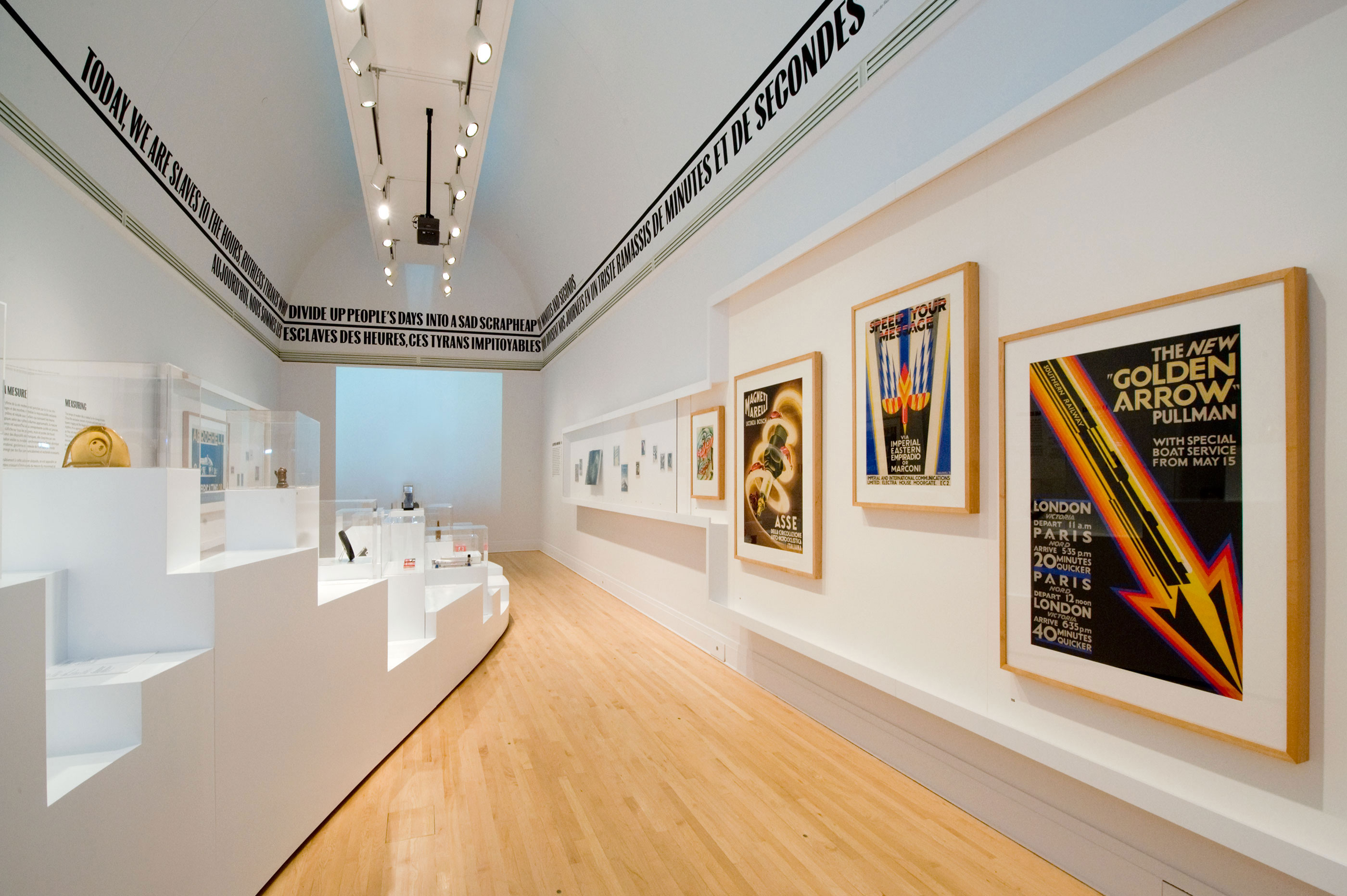 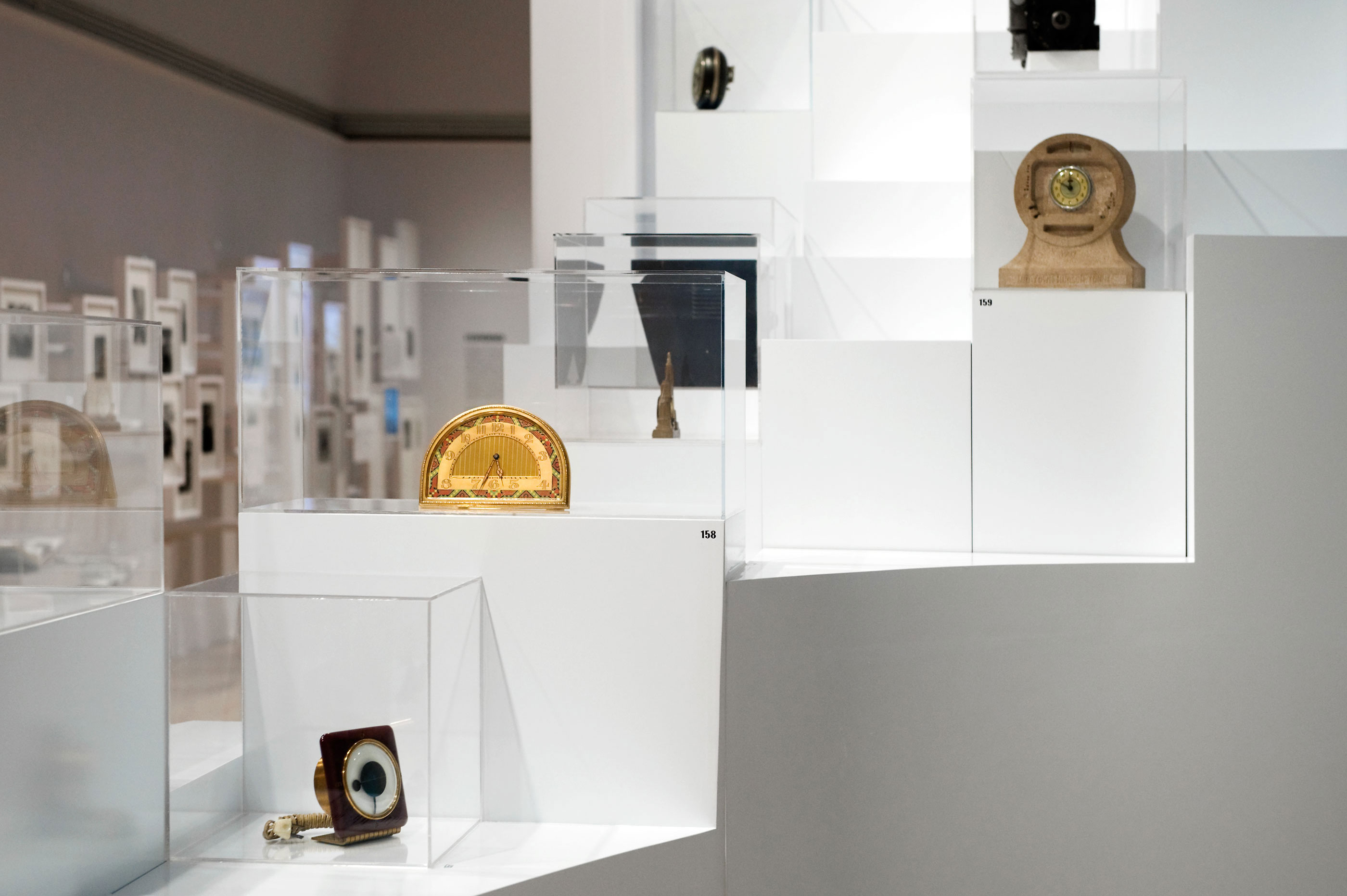 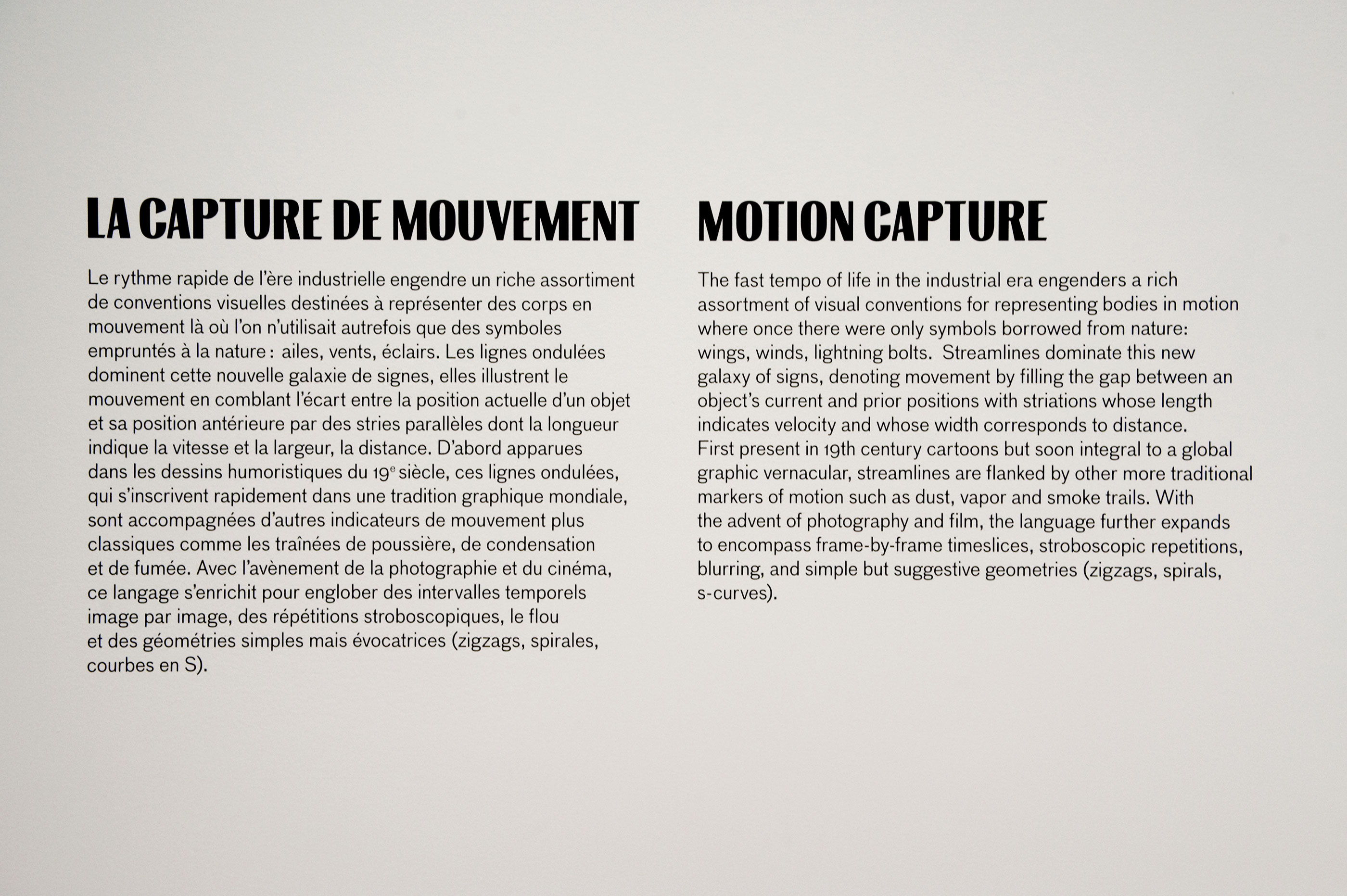 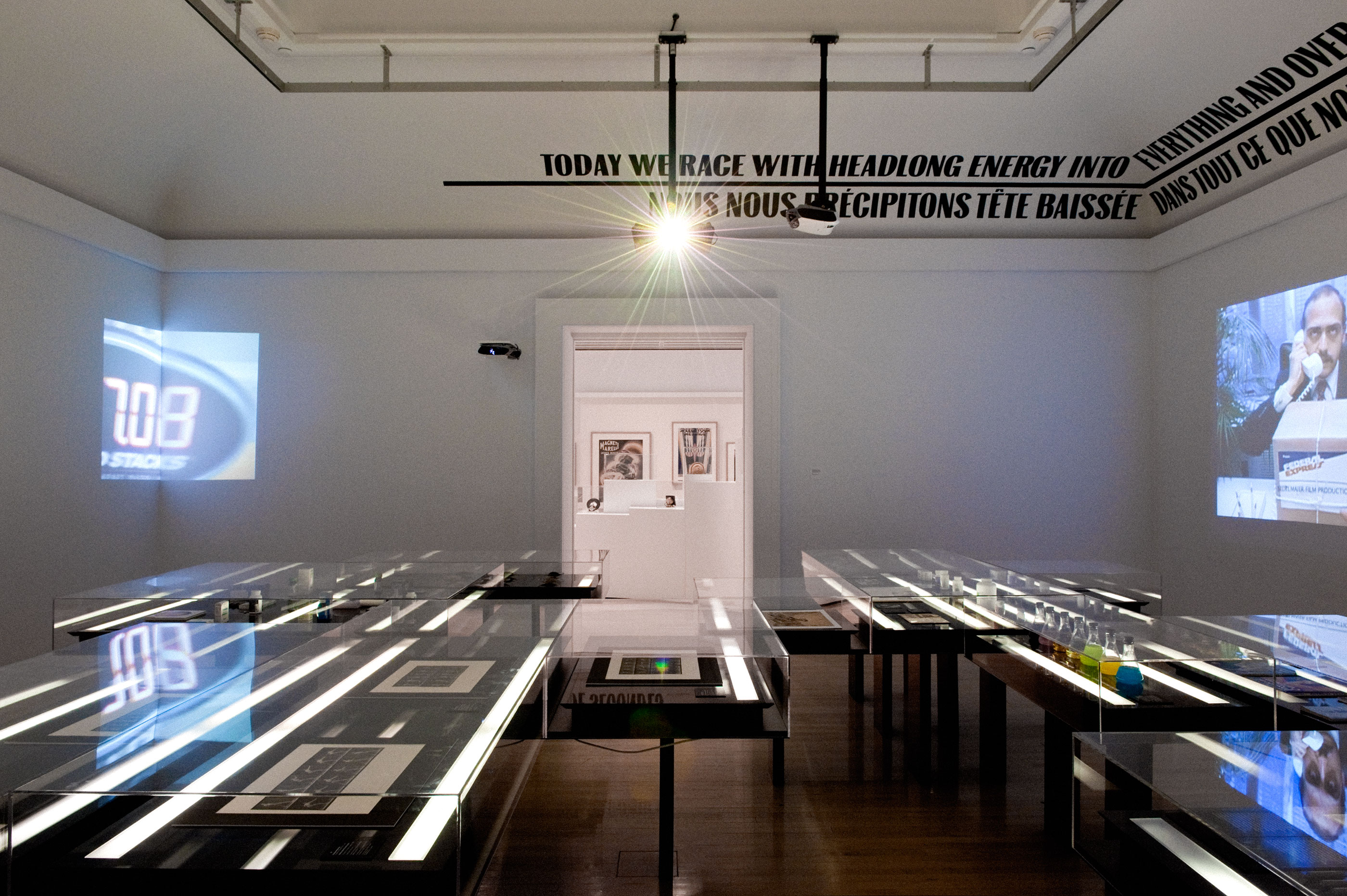 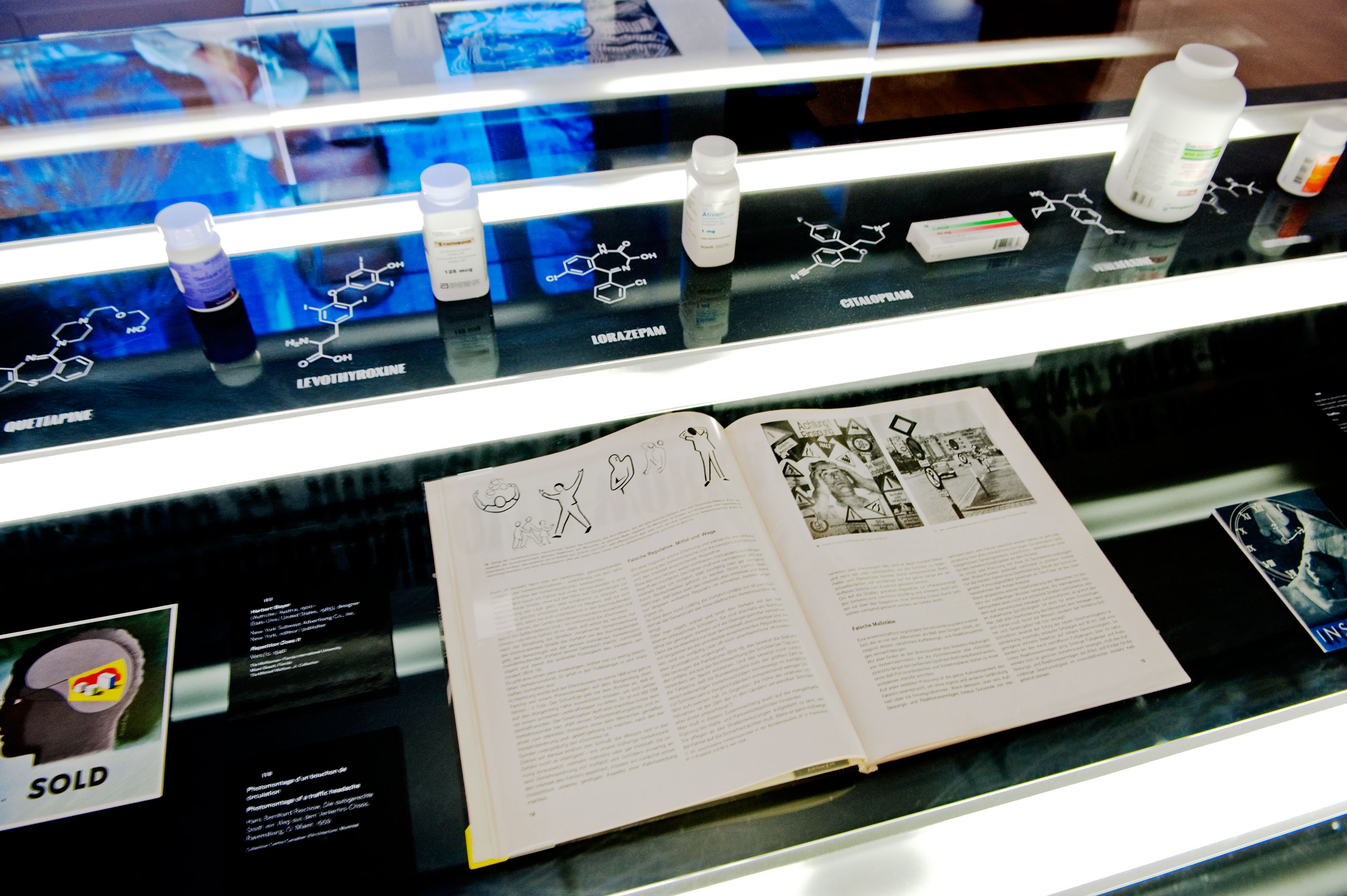 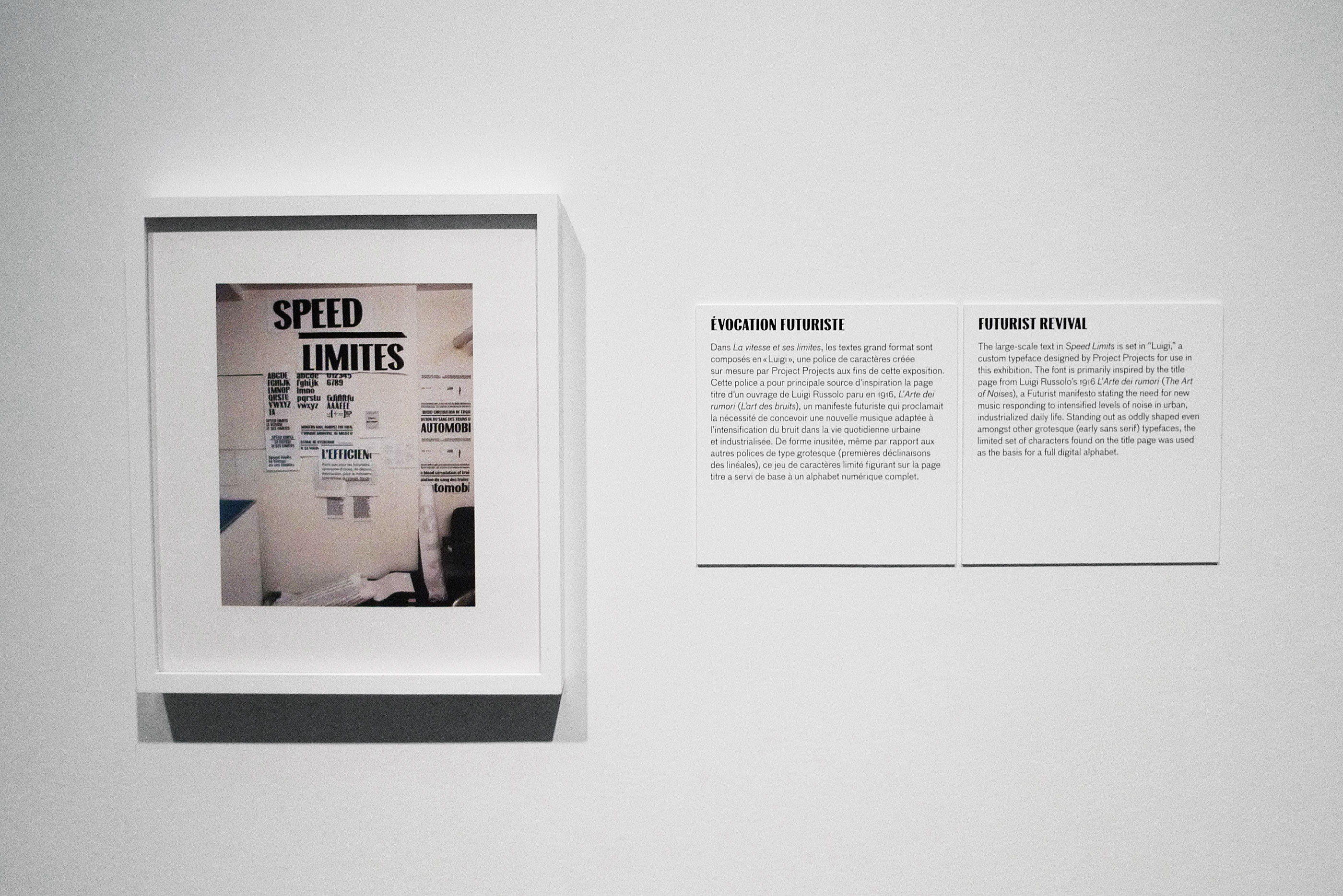 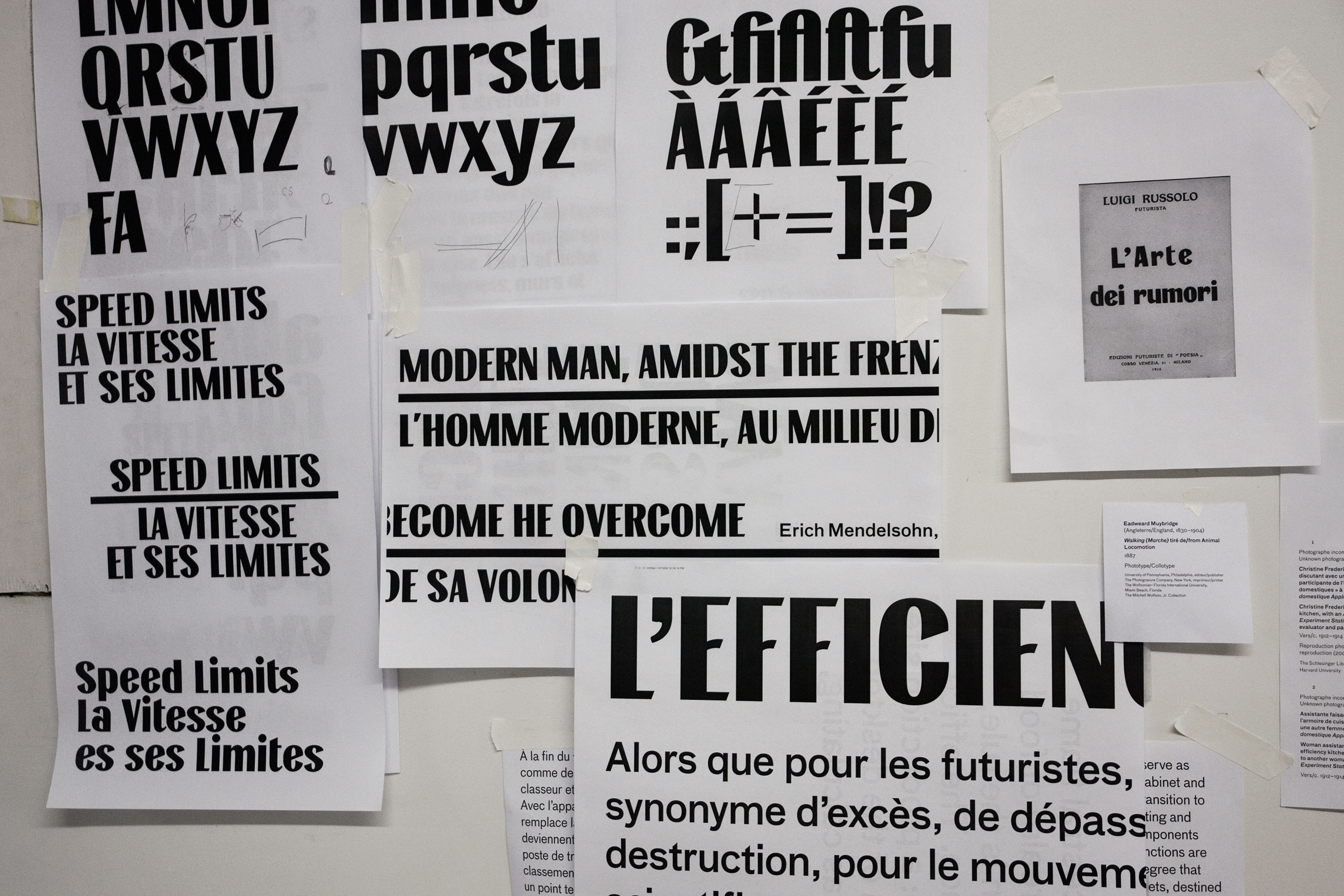 Speed Limits, an exhibition curated by Jeffrey Schnapp, examined the pivotal role played by speed in art, architecture, urbanism, graphics, economics, and modern life. Focused particularly on material cultures of the industrial and information eras, the exhibition marked the centenary of the foundation of the Italian Futurist movement.

The installation at the Canadian Centre for Architecture was designed by Michael Maltzan Architecture with exhibition graphics by Adam Michaels. Above the moldings in each of the show’s seven galleries, large-scale historical quotations on the show’s themes were set in Luigi, a typeface designed by Project Projects specifically for this exhibition. Luigi was inspired by the cover of Luigi Russolo’s 1916 L’Arte dei Rumori (The Art of Noises), a Futurist manifesto stating the need for new music responding to intensified levels of noise in urban, industrialized daily life. The limited set of oddly shaped characters on Russolo’s manifesto formed the basis for a full digital alphabet.