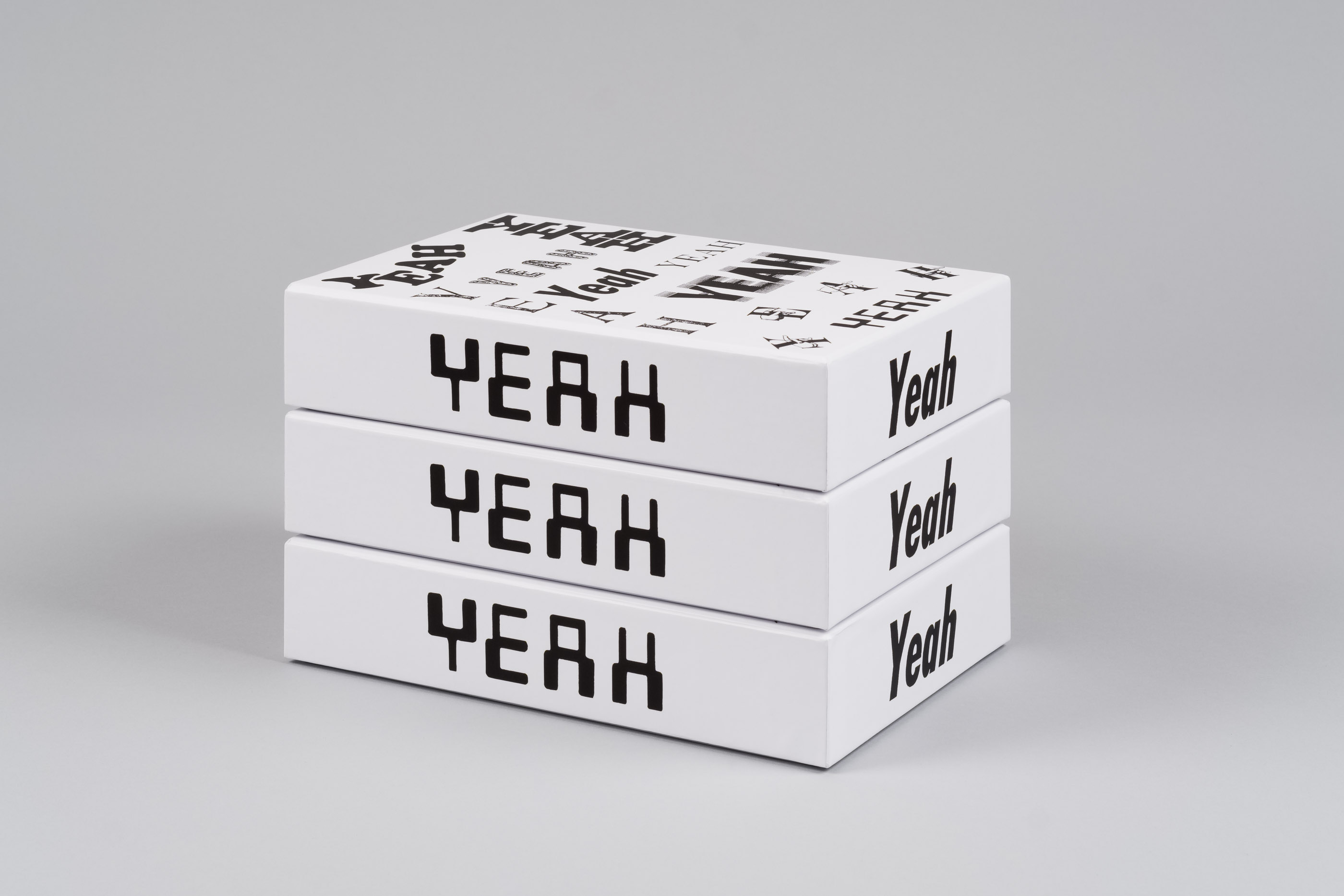 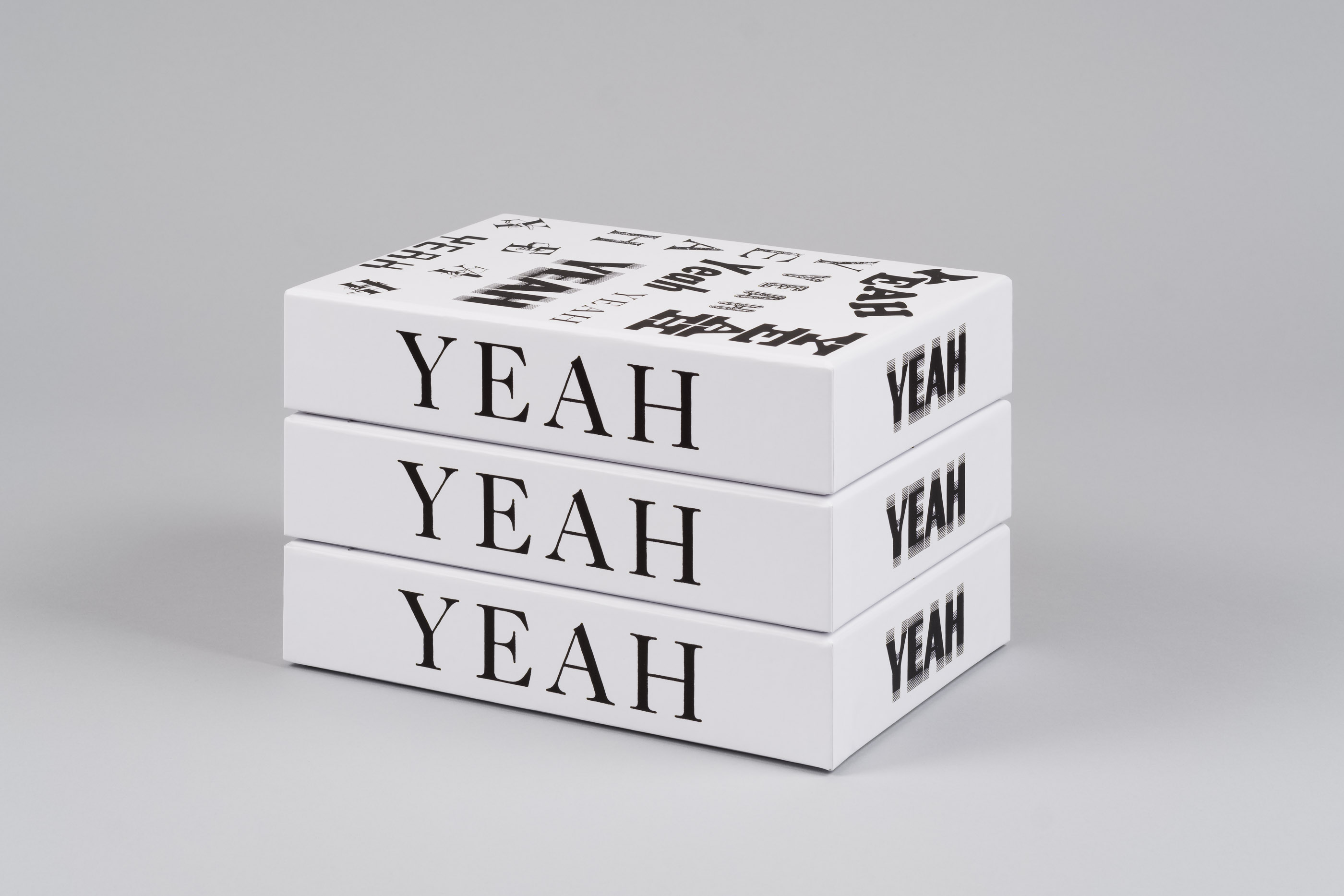 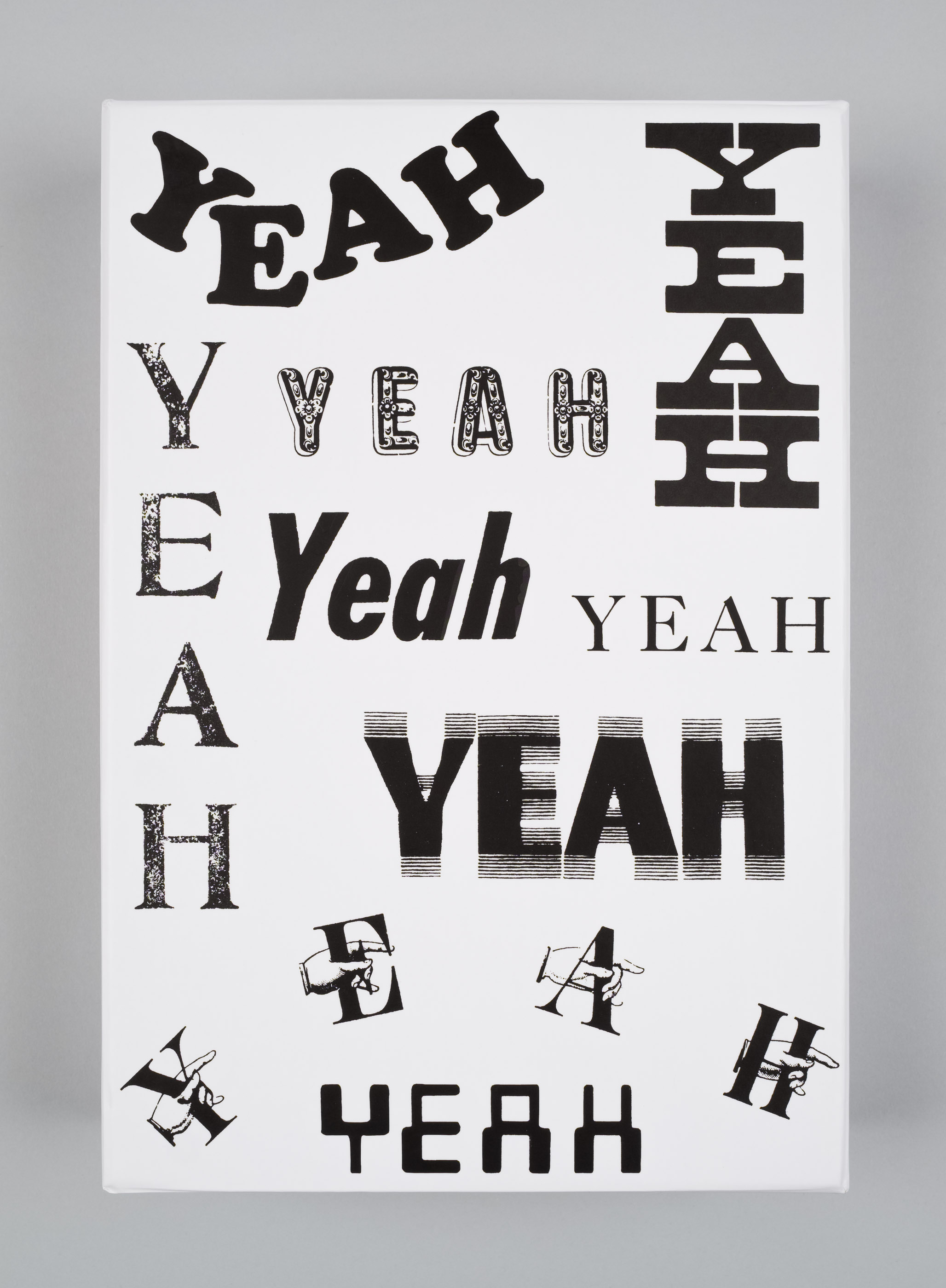 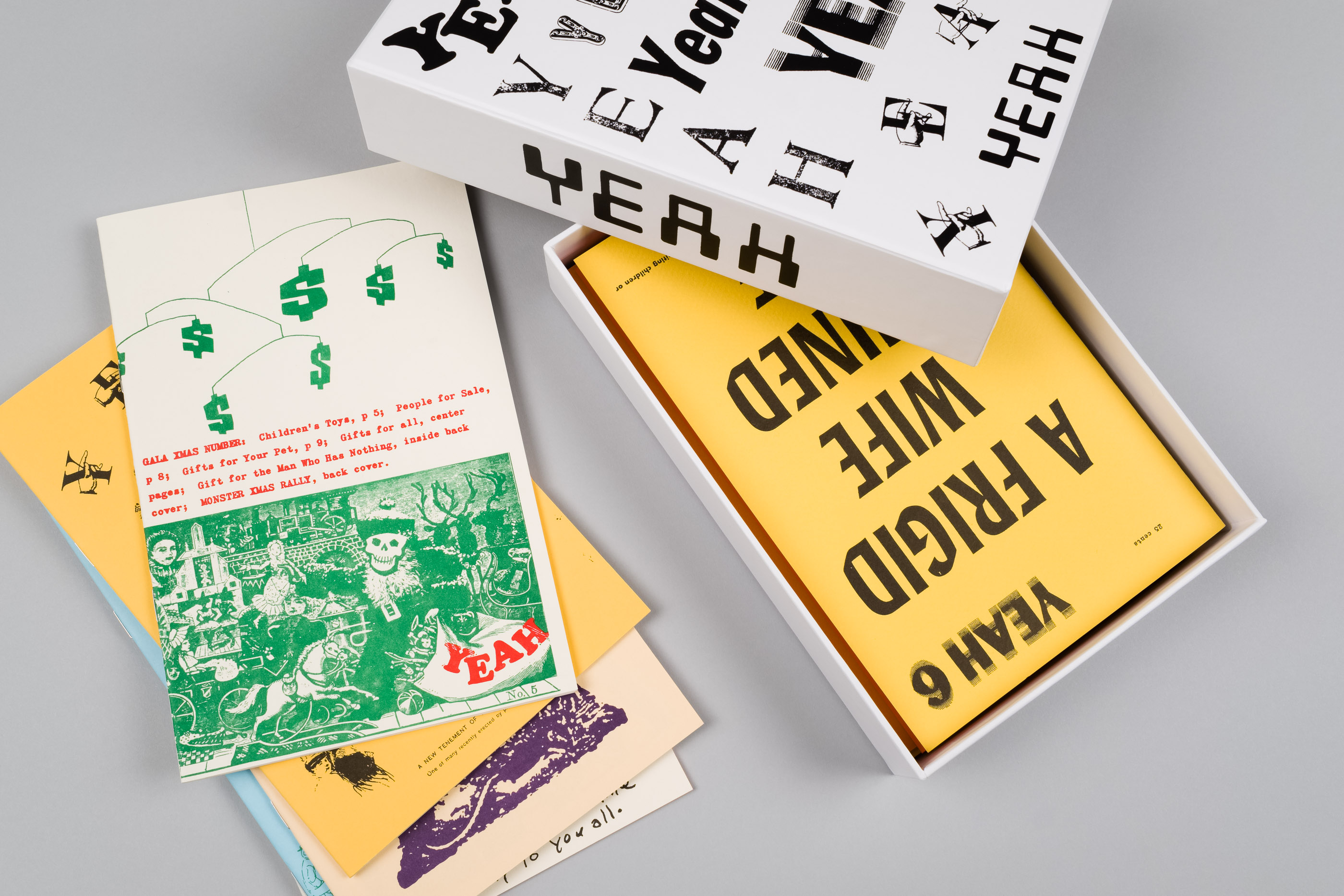 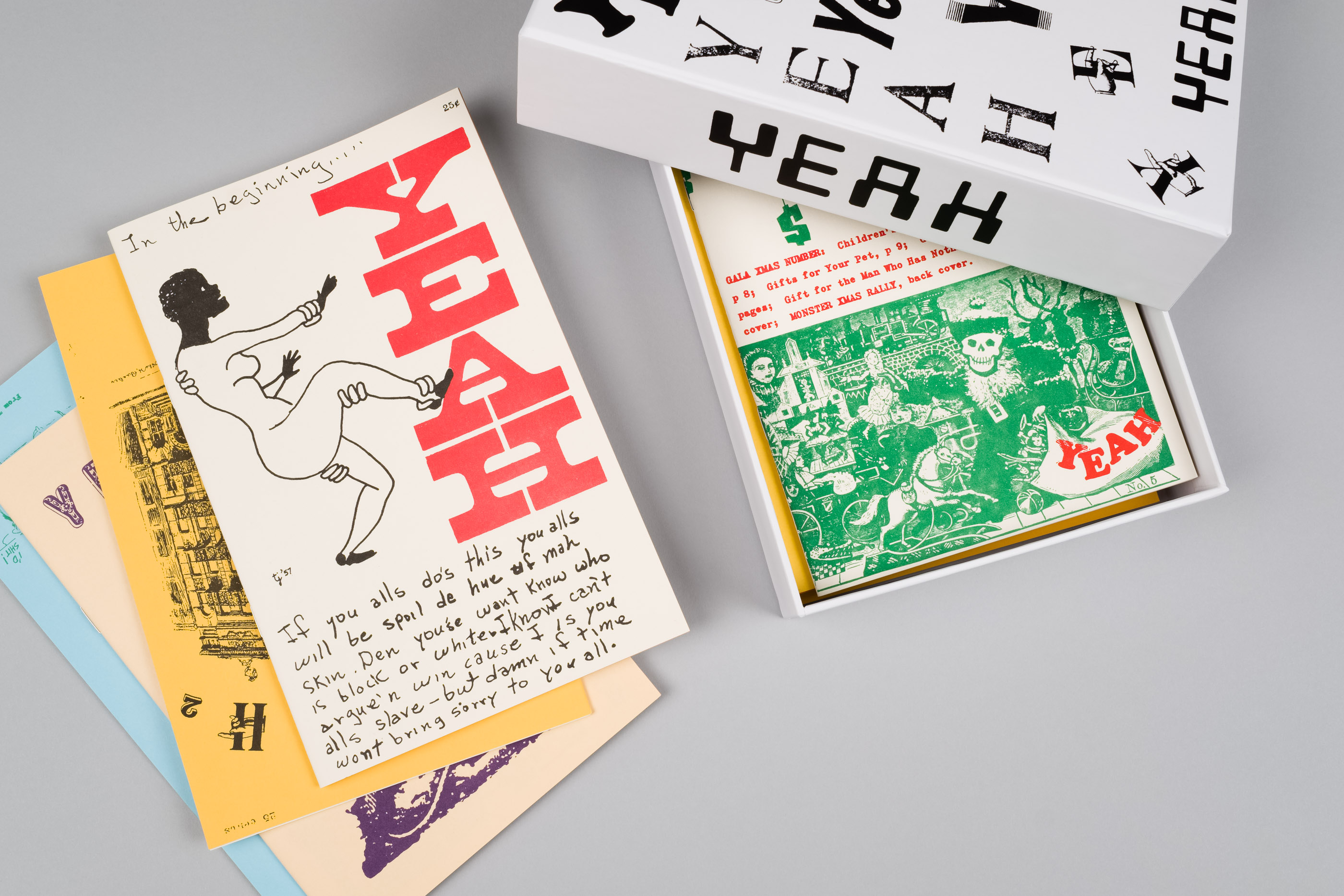 Originally published between 1961 and 1965 by Tuli Kupferberg and Sylvia Topp’s Birth Press, this 2017 box set, published by Primary Information, reproduces all ten issues of Yeah magazine as individual facsimile editions. Each issue of Yeah features a different typographic treatment of the word “Yeah”—our box design compiles and juxtaposes the full, varied set.

Kupferberg described the magazine as “a satyric excursion; a sardonic review; a sarcastic epitome; a chronical of the last days,” and throughout its pages he acts as both editor and artist, threading the needle of leftist politics with the sarcasm and sharp creative wit for which he became known as one of the founders of the countercultural rock band The Fugs.